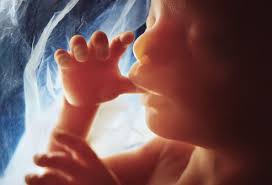 Amidst the usual moral posturing and condemnation, it appears that somewhere in China some scientist – who is a graduate of top US universities – engaged in “washing” the sperm of some HIV infected fathers in order to spare their children HIV infection. The Guardian reports, through a lot of huffing and puffing, the following:

The researcher, He Jiankui of Southern University of Science and Technology in Shenzhen, said he altered embryos for seven couples during fertility treatments, with one pregnancy resulting so far. He said his goal was not to cure or prevent an inherited disease, but to try to bestow a trait that few people naturally have: an ability to resist possible future infection with HIV.

He said the parents involved declined to be identified or interviewed, and he would not say where they lived or where the work was done. There is no independent confirmation of He’s claim, and it has not been published in a journal, where it would be vetted by other experts.

He revealed it on Monday in Hong Kong to one of the organisers of an international conference on gene editing that is due to begin on Tuesday, and earlier in interviews with the Associated Press.

“I feel a strong responsibility that it’s not just to make a first, but also make it an example,” He said. “Society will decide what to do next” in terms of allowing or forbidding such science….

He Jiankui studied at Rice and Stanford universities in the US before returning to his homeland to open a lab at Southern University of Science and Technology of China in Shenzhen, where he also has two genetics companies.

He said he practised editing mice, monkey and human embryos in the lab for several years and has applied for patents on his methods. He said he chose embryo gene editing for HIV because these infections are a major problem in China. He sought to disable a gene called CCR5 that forms a protein doorway that allows HIV, the virus that causes Aids, to enter a cell.

All of the men in the project had HIV and all of the women did not, but the gene editing was not aimed at preventing the small risk of transmission, he said. The fathers had their infections deeply suppressed by standard HIV medicines and there are simple ways to keep them from infecting offspring that do not involve altering genes. Instead, the appeal was to offer couples affected by HIV a chance to have a child that might be protected from a similar fate.

He said the gene editing occurred during in vitro fertilisation. First, sperm was “washed” to separate it from semen, in which HIV can lurk. A single sperm was placed into a single egg to create an embryo. Then the gene-editing tool was added. When the embryos were three to five days old, a few cells were removed and checked for editing. Couples could choose whether to use edited or unedited embryos for pregnancy attempts. In all, 16 of 22 embryos were edited, and 11 embryos were used in six implant attempts before the twin pregnancy was achieved, He said.

Tests suggest that one twin had both copies of the intended gene altered and the other twin had just one altered, with no immediate evidence of harm to other genes, He said. People with one copy of the gene can still get HIV.

Musunuru said that even if editing worked perfectly, people without normal CCR5 genes faced higher risks of contracting certain other viruses, such as West Nile, and of dying from flu. Since there are many ways to prevent HIV infection and it is treatable if it occurs, those other medical risks are a concern.

Thus, sexual selection, and disease, which is the normal way humans and all sexual species have been gene-edited, body by body, phenotype by phenotype, for the last billions of years, that is okay. But getting into the molecular level  and splicing and cutting genes is bad. Go figure.

I can hear the Christians calling me a Dr. Mengele, that the genome is sacred, and I hear that that the bioethicists have “concerns”. [Can you imagine that some people are paid to be “bio-ethicists”?]

I can hear the sound of the Asians flocking to new technologies to make their babies smarter, healthier, more disease resistant, and stronger.

New forms of competition will come to the human species, and it will be genetic, though the practices associated with gene-editing will be tolerated or encouraged by certain races and cultures ahead of some others. Attitudes against gene editing will soon be seen as the equivalent of not allowing the pasteurization of milk. Nothing  can be done to oppose it, except voluntary non-participation. Those cultures or religions that do not participate will eventually be considered to be like those sects that do not allow blood transfusions.

We in the politically correct West will be talking about the non-existence or social construction of racial differences, which simultaneously exists and does not exist, depending on the argument being engaged in. Meanwhile, other cultures or races will be busily experimenting with genetic engineering.