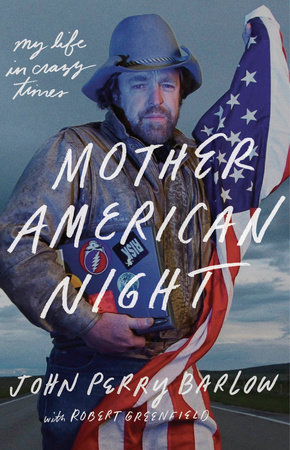 Once upon a time I was in Ghana for an Internet conference. A group of ten or so had gathered in the lobby in comfortable chairs and were chatting after dinner. I got on to the topic of acid and the Grateful Dead and how much I missed doing LSD, as I had not had any for years, maybe decades by that time. John Perry Barlow, as it happened, reached into his pocket, pulled out his wallet, and tore of two Owsley tabs from a small collection, in front of everyone and with no hesitation, and I took them from him gratefully. It was some time later that I actually tripped on them. They were sublime. Thank you, John Perry Barlow.

Barlow was at the centre of so much in recent American life. Do yourself a favour: if the description of Barlow in the hotel lobby in Ghana intrigues you just a bit, buy and read his book. You will not be disappointed.

If on the other hand the idea of LSD frightens you, why are you reading this blog?