A while back, in the desperate battle for ratings, Reza Aslan, while reporting on some obscure Indian sect, partook in the delights of cannibalism by eating human brains. Perhaps you’re behind the times with the latest culinary trends in the progressive set, no doubt it’s part of the vibrant multicultural diversity most of us rubes are so insensitive to. So, from the “…you want fries with that” department…(here) 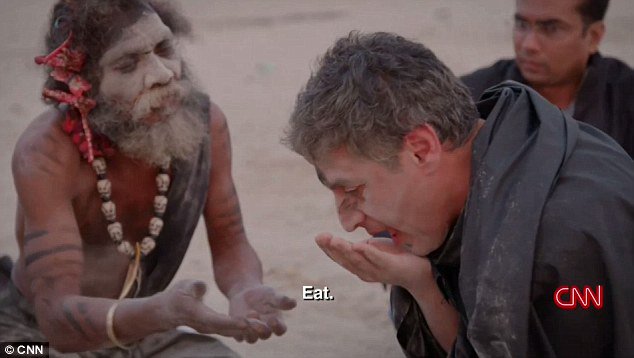 Perhaps he’s contracted some brain-rotting disease like kuru as his recent reporting is completely deranged. Regarding US air strikes in Mosul in Iraq, a tweet from this creature reads, ”…Trump promised to carpet bomb cities and murder families. That’s what he’s doing”. Two sentences, all lies.

The fact is, though it probably escapes the room-temperature IQs at CNN, innocent civilians get killed in battles; especially when the opposition is a primitive savage Islamic horde that uses women and children as human shields, uses hospitals and schools as bases for terrorist activity, enslaves and rapes Christian and Yazidi girls, stones women to death, etc. etc.

That said, the order delegating battlefield commanders to call air strikes in Mosul came from…you guessed it, Obama in December of last year. Not that you could glean that information from CNN, they don’t even have any reporters on the ground; they’re busy making up their fake news in their offices.